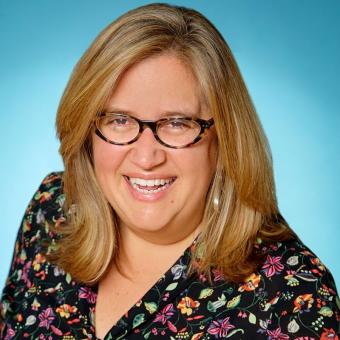 Amy leads NFG’s first-ever grantmaking effort, the Amplify Fund. She has spent her career working for social justice, and more than a decade in progressive philanthropy. She is compelled by the Fund’s dual purpose - to build power in communities of color and shift power structures inside of philanthropy.

Amy joined the Amplify team in late 2017, but was previously part of the NFG family as a board member and active participant in Funders for a Just Economy during her time as a Program Officer at the Surdna Foundation from 2010-2014. In addition, she spent three years as the Director of Programs at the Fund for Global Human Rights, where she oversaw grantmaking programs that strengthened frontline human rights movements in more than fifteen countries.

In other past lives, Amy was a high school teacher, a union researcher, a human rights observer, and ran a college program focused on immigrant rights on the US-Mexico border. Outside of work, Amy spends as much time as she can planning vacations for large groups of friends to escape to beautiful places and temporarily live out their Utopian dreams.