I didn't choose my first leadership role — it chose me. As a child who emigrated from Mexico to Detroit with my family, I became my family’s language broker. I learned English the fastest, un-learned my accent the quickest as a survival mechanism, and learned how to navigate the systems for my family. I took this role with pride, resentment, and ambivalence. It wasn’t until I was in my early twenties that I began to understand and unpack this role, to see it as a leadership role that many immigrant children have. 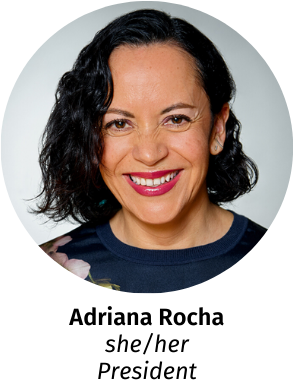 As I’ve navigated my career, it has felt different to choose a leadership role consciously and with agency. In 2019, I chose (after some encouragement from my mentors) to apply for the position of NFG’s leader. I was ready to lead, not follow — the words from my long-time friend and mentor Denice Williams. After three years as NFG’s Vice President of Programs and nine months as interim co-director, May Day 2020 marked my first day as NFG’s President. I was ready to build upon the legacy of this team that had been led by Dennis Quirin for six years, and share my vision for NFG’s next iteration.

My first year as NFG’s leader was a rollercoaster: emotional, isolating, exhausting, a privilege, a gift, a chosen challenge. [For all my other BIPOC first-time Executive Directors and Presidents: I see you, I am with you. You got this. And when you feel like you don’t (or find yourself asking, ‘why did I want this?’), reach out to me. As one of my favorite leaders, Joanne Smith, from Girls for Gender Equity says: “we got us!”]

When I reflect on my first year in this role that coincided with the COVID-19 pandemic, racial justice uprisings, and navigating work & life in wholly new ways, the power of support and the power of space and spaciousness stand out as key lessons.

The power of support and asking for support: I have had what should be a nonprofit standard and unfortunately isn’t: a supportive Board of Directors and co-chairs who stayed present as they managed their own work and lives, and who didn’t scale down their involvement after the executive search and transition were completed. I had a board committee that worked with me during my first three months on my 90 day goals, professional development, and support needs. When I was managing a harder process that I felt needed more board support, I asked for it and got it. I also had my leadership coach and a peer coaching circle that kept me grounded and was witness to what I needed.

Launching NFG’s Senior Management Team with Sarita Ahuja, our Vice President of Operations, and Faron McLurkin, our Vice President of Programs, has provided me and NFG with the leadership team that best fits this organization. I have felt the support of NFG’s staff and our network of members by my side. These multiple layers of support got me through the hardest moments, steadied me when I felt out on a limb, encouraged me when I felt imposter syndrome creep in — and have filled what has been an ‘unconventional’ first year as NFG’s President with connection, camaraderie, and community. 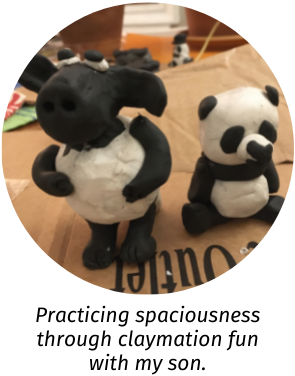 The space to practice, think, be: As leaders, our time is in demand. Being a people-pleaser, and someone that was used to managing (and controlling) my own calendar, had me at times over the past year in 7-8 zoom meetings a day. I had little time to think, reflect, or follow up on the action items I named as next steps, let alone eat at regular times.

These pitfalls of being a new leader are all too common. When sharing this with my coach, she challenged me to reflect on what I would need to do to create radical spaciousness. Initially, this felt impossible. But with her challenge (I am an Aries, afterall), I felt an unlock: I hired a virtual assistant and she helped to protect my mornings and time to eat lunch; I found one day a month to have a meeting-free day for reflection and journaling; I began more fiercely resisting urgency and the white supremacist & capitalist notions that keeps us reacting & responding versus thinking & reflecting.

From the technical fixes to the larger adaptive challenges, I continue to commit myself and NFG to practice spaciousness. This spaciousness has helped think, write, and get clear on my priorities — and to become more rooted in the role of President. My body and my son urge me not to rush back to be on the road for 50 percent of my work/life, and to continue to lead with impact and spaciousness. This practice will inform a thoughtful approach for how and when to travel to reconnect with NFG’s staff and members at in-person meetings and convenings. And we at NFG have seen that we can be impactful, experimental, and creative virtually — all while moving money to movements.

The space to dream and reimagine: In our most recent Philanthropy Forward session, which brings together CEOs of foundations in a leadership cohort, we talked about what we would do if we were 10x bolder. I love this question and call as a leader to consider what the world and philanthropy would be like if we were more bold and our wildest dreams came true.

Last week, NFG received the gift of a $3 million unrestricted grant from MacKenzie Scott. This grant allows us to dream and reimagine what it looks like for NFG to be 10x bolder in holding philanthropy accountable to move more money and shift power to Black, Indigenous, and people of color communities, low-income communities and workers, rural communities, queer, trans, and gender non-conforming people, women, and immigrants. What a difference this makes to our work and the spaciousness; what a signal of support to our work and our staff, board, and member leadership.

As I embark on my second year as NFG’s leader, I carry my lessons on support and spaciousness — and I welcome your ideas for a 10x bolder NFG.

NFG is a place for philanthropy to strategize new and more ways to show up for our communities now and in the long-term; a place to move more money to racial, gender, economic, and climate justice; and a place that provides space to find your co-conspirators, draw strength, be nourished, reflect upon and celebrate the wins and work that has been accomplished so far.

What comes to mind when you imagine what it looks like for NFG to be 10x bolder in holding philanthropy accountable? Send me a note, reach out to the NFG team, join a Member Connection Call (the next one is June 29 and then we’ll take a break until September), learn alongside us and share your ideas at our events.

I look forward to continuing to be in community and solidarity with you.