Alejandra Ruiz, Executive Director of the Youth Engagement Fund, and Lori Bezahler, President of the Edward W. Hazen Foundation, write about youth of color civic engagement and voter mobilization work as a core opportunity for grantmaking on racial equity, leadership development, and building people centered long-term infrastructure that transforms our communities and democracy. This op-ed was originally published here in the Chronicle of Philanthropy.

Alejandra was part of the 2019-2020 Philanthropy Forward: Leadership for Change Fellowship cohort, a joint initiative of Neighborhood Funders Group and The Aspen Institute Forum for Community Solutions. The Youth Engagement Fund is a donor collaborative dedicated to increasing the civic participation and electoral power of young people. The Hazen Foundation is a longtime NFG member and is comitted to supporting organization and leadership of young people and communities of color in dismantling structural inequity based on race and class. 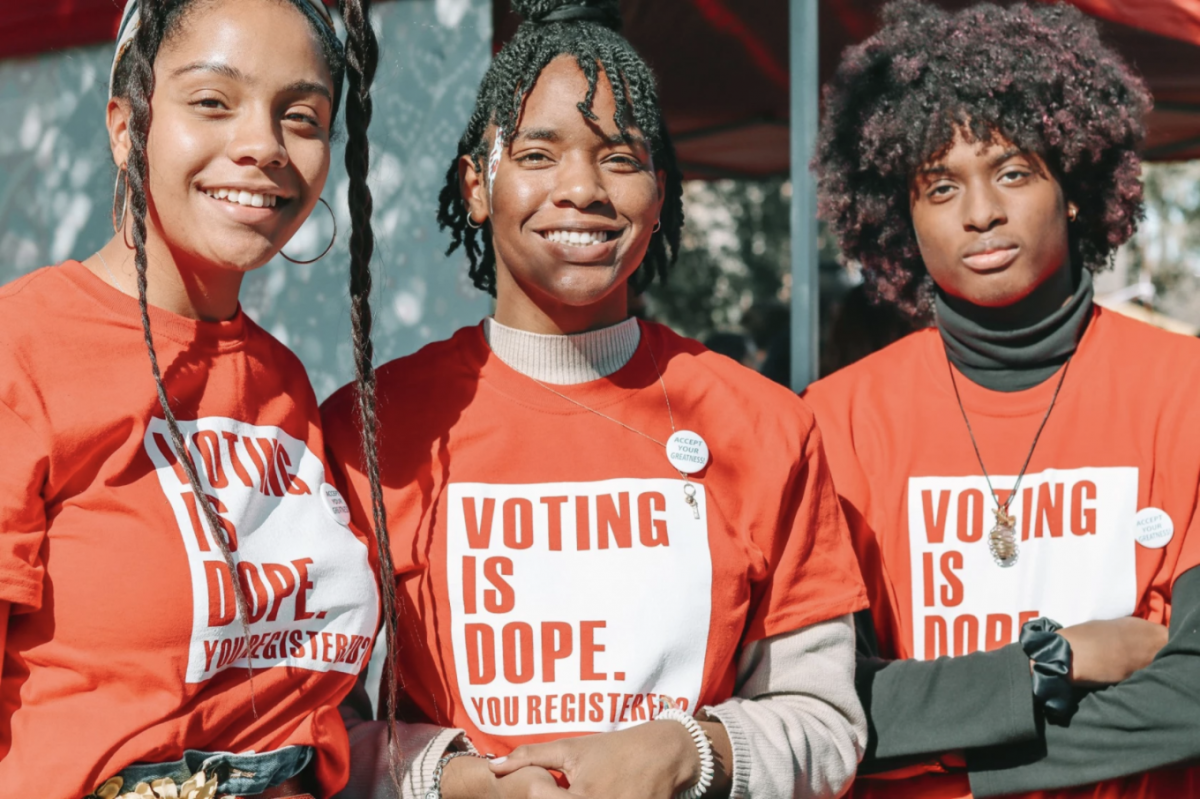 Through their votes and their activism, young people — especially youth of color — are transforming the electorate. Youth organizing accounts for a major share of voter mobilization efforts in key battleground states such as Arizona, Florida, and Georgia. These states are in play in the upcoming election thanks in large part to years of persistent organizing by youth-led groups.

Despite their effectiveness, young leaders are often overlooked by donors and excluded from strategy tables of more established organizations, even as they mobilize hundreds of thousands of voters for the November election — and beyond. If we value a just and functioning democracy with an electorate truly representative of the populace, we must support the efforts of young organizers of color who are doing the critical work of building an electorate that will not only vote but will also hold government leaders accountable to those who elected them.

Unfortunately, philanthropy has yet to offer the level of support young leaders need. When the Youth Engagement Fund, which one of us leads, recently asked a group of about 50 donors whether they believed young people of color are key stakeholders in democracy, 100 percent agreed. Yet follow-up questions revealed that fewer than 25 percent of the donors support the young people who are doing this work, and of those that do, less than 25 percent are supporting youth of color.

The reality is that even donors who understand the importance of voting efforts led by youth of color aren’t ready to fund them. But to truly eradicate structural inequalities, philanthropy must resolve this disconnect. Offering nice words isn’t enough. Philanthropy needs to provide tangible support, resources, and funding.

Consider the demographics. Young people today are one of the nation’s most important voting blocs. Americans under the age of 39 now make up 37 percent of eligible voters, marking a notable shift in the generational, racial, and ethnic makeup of voters from previous election years.

Young voters of color can wield tremendous power in this election, as they did in 2018 when 31 percent cast a ballot — the largest turnout in a quarter of a century. Their participation increased in every state, reaching as high as 40 percent in some states and proving decisive in several statewide races. The youth vote could have a disproportionate impact on the presidential, Senate, and House elections in 10 key states this year, according to research from the Center for Information and Research on Civic Learning & Engagement.

In a nation with far lower voter participation than most other developed countries, young voters of color are positioned to assume a leadership role.

Black and Latinx youth have proven especially effective at connecting with young people who have long been ignored by traditional voter-engagement efforts. Through our work leading the Youth Engagement Fund and the Edward W. Hazen Foundation, we’ve seen the power of these youth leaders first-hand through groups such as One Arizona, Dream Defenders in Florida, and Women Engaged in Georgia. These organizations combine traditional get-out-the-vote, voter-registration, and voter-education efforts with sustained engagement of their peers focused on developing lifelong civic involvement.

Similar groups are also hard at work in Mississippi, Louisiana, and Alabama, which could become the next set of swing states later this decade. Mississippi Votes, for instance, has events planned through the election season to mobilize voters through prizes and virtual parties, while Woke Vote in Alabama already broke voter registration records earlier in the year through get-out-the- vote efforts at protests for Black lives.

Young people understand the connection between inspiring their peers to vote and engaging them on issues such as racial justice, immigration, and climate change. And unlike many of their more established adult counterparts, these young organizers can adapt quickly to changing environments.

They have proven especially adept at harnessing a robust digital infrastructure during the pandemic. For example, New Mexico Dream Team, which is led by immigrant youth, quickly pivoted their in-person programs online through digital organizing and offline engagement. They were well positioned for such a move given the group’s previous experience running campaigns through online media, phone banks, and texting because immigration checkpoints made it difficult to reach parts of their communities in person. In Georgia, Women Engaged heightened its online programming by hosting summer civic learning trainings and amplifying social media messaging. These strategies allowed them to connect with youth who were not previously politically engaged.

How such groups are funded — not just how much funding they receive — is critically important. Both of our organizations put young people of color at the center of our work as decision makers and leaders and base our funding on trust and collaboration. At Hazen, our decision to distribute all our assets over five years was made in consultation with young people of color who challenged us to meet the needs of the moment and free up capital to invest in the communities that need it now. At the Youth Engagement Fund, our multiyear support for youth-led groups includes funding, executive and wellness coaching, mentorship, and skills training in areas such as fundraising, management, and storytelling.

The innovative efforts of Black, Latinx, and other young leaders of color should be a source of excitement and inspiration to all who care about democracy. These young people have accomplished much on their own, but they can do so much more with our help. We need to provide the resources they need to succeed and then get out of the way so they can keep doing their vital work during this election and in the years to come.