In October 2019, NFG's Funders for a Just Economy (FJE) held a breakthrough Racial Capitalism, Power and Resistance Convening, an unprecedented conversation with more than 70 funder participants on the racial and gendered inequality defining US and global capitalism — and the role of philanthropy within these structures. FJE is moving this conversation into action in 2020. Towards that goal, we are recapping the convening and providing video from the seminal keynote talks by Dr. Ananya Roy and Dr. Barbara Ransby that grounded our meeting. 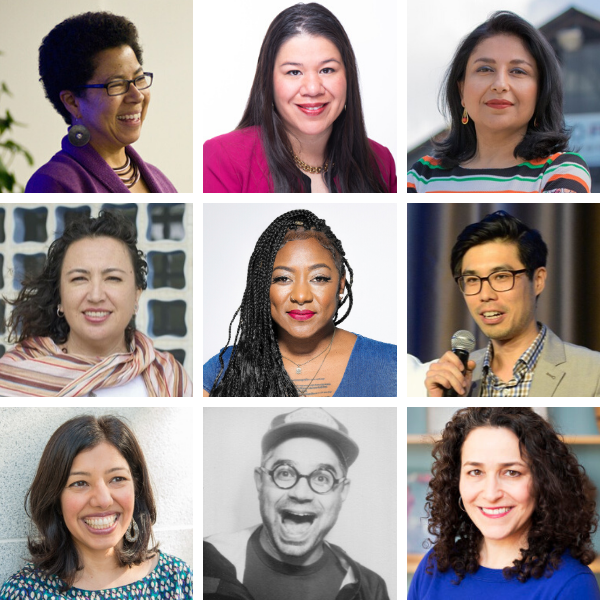 FJE’s Racial Capitalism, Power and Resistance Convening was about asking hard questions and opening a conversation about the underlying history of the US economy and the origins of philanthropy as a way to ground us in how to support powerful resistance movements. Through this piece, we wanted to bring you some of the critical questions that stuck with us — and ways to move forward the themes and ideas generously offered by our activist-academic, movement, and philanthropic speakers and participants.

Who are we in alliance with? And how does that shape the real choices funders make?

Dr. Ananya Roy started off our conversation with a powerful question: Can we decolonize philanthropy in a real way? She also offered a proposition: We can’t do so without facing the way foundations are based in “twice-stolen wealth” — profit extracted via exploitative racialized capitalist means and through evading public taxation. [1]

Dr. Roy offered the example of her work with the Institute on Inequality and Democracy at UCLA, working to “turn the university inside out” through co-creation of knowledge alongside movement leaders; simplifying funding opportunities for community organizations; and paid, unfettered residency programs for activists. She pushed us to reflect on “what additional work we create for communities” through our grantmaking practices and the “difficult choices we must make on who we are in alliance with” — including standing up when foundations undermine community-led liberation movements.

You can hear Dr. Roy's keynote, Decolonizing Philanthropy? A View from The Public University, in the video below.

How do we define and confront the deep histories of racialized capitalism?

FJE presented a portion of the Action Center on Race & the Economy and Grassroots Collaborative’s popular education workshop on racial capitalism. The material examined how core institutions of US capitalism — like banking — built wealth directly off the slave economy and indigenous genocide. Grappling with the inextricable connection between racism, patriarchy, and capitalism raised the fact that Black women and other people of color also face these traumas every day in philanthropy. How can funders collectively support healing among philanthropic staff as they find ways to fund movements genuinely addressing the genocidal histories of greed?

“What happens when we put life [and sustaining it] at the center of our work?” — Cindy Wiesner

To bring us into how contemporary movements are confronting racial and gendered capitalism, Alicia Garza of the Black Futures Lab led a conversation with Mónica Ramírez of Justice for Migrant Women, Aaron Tanaka of the Center for Economic Democracy and Cindy Wiesner of Grassroots Global Justice. These leaders shared that grassroots, collaborative, feminist, and anti-capitalist social justice movements serve as “kryptonite” (in Cindy Wiesner’s words) to racial capitalism and neo-fascism. These movements range from organizing for a Green New Deal to local democratic investment structures, to migrant women-led sexual harassment activism. Speakers challenged funders to work alongside communities to resource experimentation and “freedom dreaming” — and to understand the solutions won’t come quickly or easily. They also asked foundations to use their own power — as investors and public figures — to take on racial capitalism.

What power do we have in our institutions? And how do we shift power with communities?

Pamela Shifman, formerly of Novo Foundation; Dimple Abichandani of General Service Foundation; and Farhad Ebrahimi of Chorus Foundation shared how as Executive Directors and alumni of NFG's Philanthropy Forward: Leadership for Change Fellowship, they recognized and acted on their power to shift their institutions and the sector. As Dimple Abichandani noted, “These rules and practices that we work in come out of racial capitalism and corporate compliance frameworks. We can decide to change those.”

The speakers raised the fact that while education programs are plenty, actively organizing foundations towards collective goals through leadership development — like Philanthropy Forward — is rarer but necessary. Foundation staff also rarely hold other funders publicly accountable – perhaps because feel that they cannot tell others what to do with their money. Yet recent campaigns to discourage the Gates Foundation in awarding the fascist, Hindu-nationalist aligned Indian Prime Minister Narendra Modi suggest insurgent philanthropy is percolating.

On Day 2 of the Racial Capitalism, Power and Resistance Convening, Dr. Barbara Ransby offered three key elements to understand racial capitalism today: First, the irreconcilable relationship between capitalism's “infinite growth model on a finite planet;” second, financialization and the global “ponzi scheme;” and third, automation’s influence on worker's lives and consumption. She urged us to hold these contemporary capitalist crises with their roots in slavery and empire.

Dr. Ransby offered that dealing with this past and present means actively confronting white supremacy and nationalism; “building as we undo” through solidarity economies and other alternatives; and thoughtfully advancing abolition and reparations. Such ongoing processes require reckoning with anti-Blackness and asking: “How do you relinquish some of the power [that you have over organizations] and see yourself with a greater sense of humility?”

You can watch Dr. Ransby's keynote, Racial Capitalism, Power and Black Radical Tradition, in the video below.

“How do we show up, use our collective assets, and stand behind our grantees?” — Marjona Jones

Marjona Jones of the Unitarian Universalist Veatch Program at Shelter Rock, José García of the Ford Foundation, Emma Oppenhiem of Open Society Foundations, and Shona Chakravartty of the Hill-Snowdon Foundation, in conversation with Anna Quinn of NoVo Foundation, brought the meeting home with a dialogue on how we could take tangible action, including through the Funders for a Just Economy.

Participants then honed in on key work areas to follow-up on after the event including: building accountability mechanisms in philanthropy; transforming partnerships with our grantees; healing and strategizing together as co-conspirators; remaking tax structures and philanthropic asset management.

Stay tuned for more from FJE as we work together to provide the space and tools for philanthropy to take these ideas into action into 2020 — and into a more just tomorrow.

[1] Roy was quoting Dr. Ruth Wilson Gilmore (2009). “In the Shadow of the Shadow State” in The Revolution Will Not be Funded (edited by INCITE! Women of Color Against Violence. Boston: South End Press, 2009). http://sfonline.barnard.edu/navigating-neoliberalism-in-the-academy-nonp...