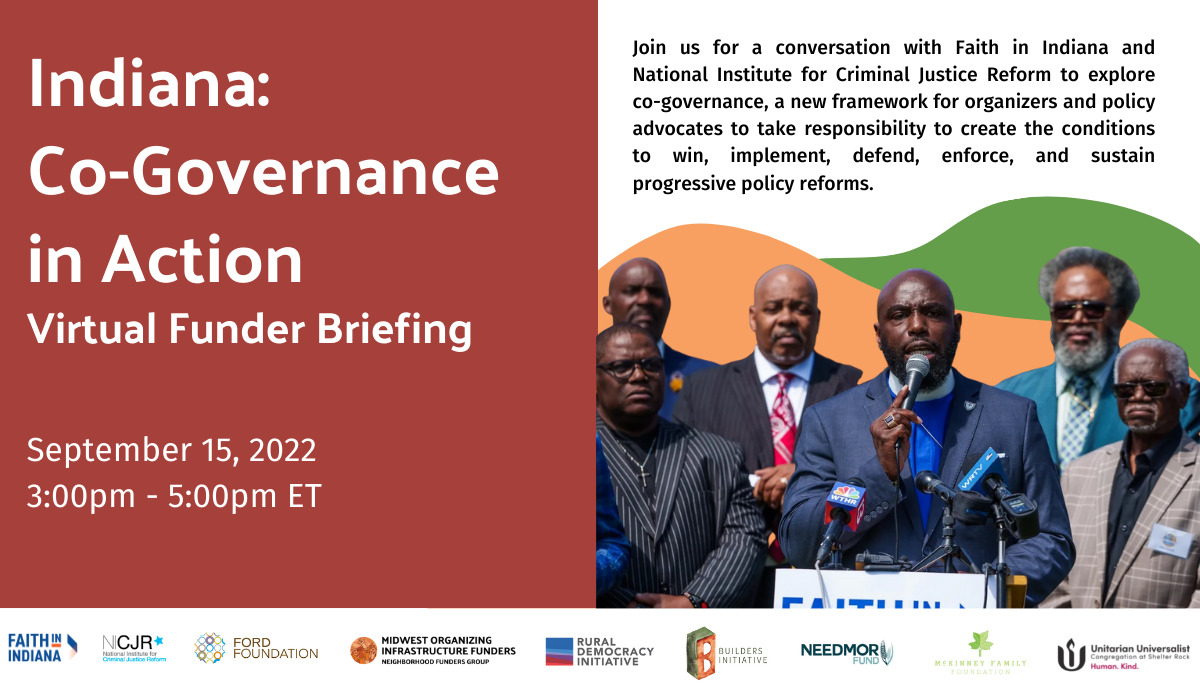 Join us, for a conversation with Faith in Indiana and the National Institute for Criminal Justice Reform to learn how they aligned organizing and policy expertise to transform Indianapolis’s criminal justice system, while and building new vehicles to advance governing power in a highly volatile state.

Together we will explore:

American democracy is in crisis. There is no path forward in the struggle against a radicalized, anti-democratic, white nationalist faction and toward a broad-based movement for multi-racial democracy that does not run through the Midwest. Progressive organizers in the Midwest often see their role as outside agitators. These organizers believe if we bring more people power to bear in the halls of power, we will win policy reforms. And they do win! However, many times these victories are overturned a year later, or worse, the policies that were won fail to change the material conditions of our communities. Often, this is because we, as organizers and funders of this powerful work, have failed to address the underlying structural challenges that keep our communities locked out of decision-making power.

Co-Governance offers a new orientation to power building; one where organizers and policy advocates take responsibility to create the conditions to win, implement, defend, enforce and sustain progressive policies. This requires moving beyond individual campaigns to building long term strategic capacity in states across the progressive ecosystem.

Faith in Indiana’s work in Indianapolis is a shining example of co-governance in action.

This event is hosted by Neighborhood Funders Group's Midwest Organizing Infrastructure Funders, the Ford Foundation, the Rural Democracy Initiative, and other partners